The Capture The Magic Podcast is one of the fastest growing Disney podcasts since 2017 with over 1 Million Downloads & Growing! We have discussions about how to get the most out of your Disney Parks trip with travel tips, Disney news, money saving strategies, resort reviews, food reviews, trip recaps, the latest news & rumors and more.

The Capture The Magic Podcast is one of the fastest growing Disney podcasts since 2017 with over 1 Million Downloads & Growing! We have discussions about how to get the most out of your Disney Parks trip with travel tips, Disney news, money saving strategies, resort reviews, food reviews, trip recaps, the latest news & rumors and more.

On this episode, we have A LOT of news including the announcement of the holiday events coming to Disney World this year, including the return of Mickey’s Very Merry Christmas Party, and CEO Bob Chapek will remain as CEO until 2026. We also list some

On this episode of Trip Tales, Ali takes us through her trip with her family. They stayed in the Port Orleans Riverside Royal rooms for the first, utilized Disney’s DAS pass, celebrated her husband’s 40th birthday, and does the Up Close with Rhinos tour at 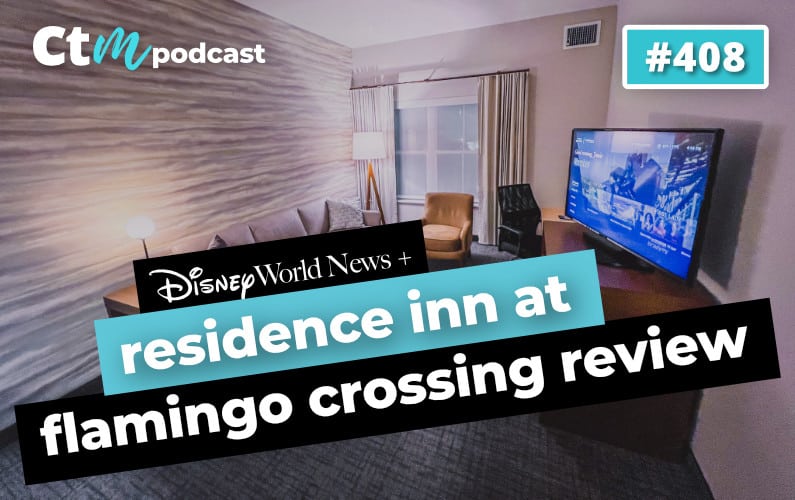 On this episode, we talk about some news including the Halfway to Christmas event and the many characters that will be appearing in the parks and resorts again. We also review our first stay at Residence Inn at Flamingo Crossings Town Center. Links Harmonious LIVE 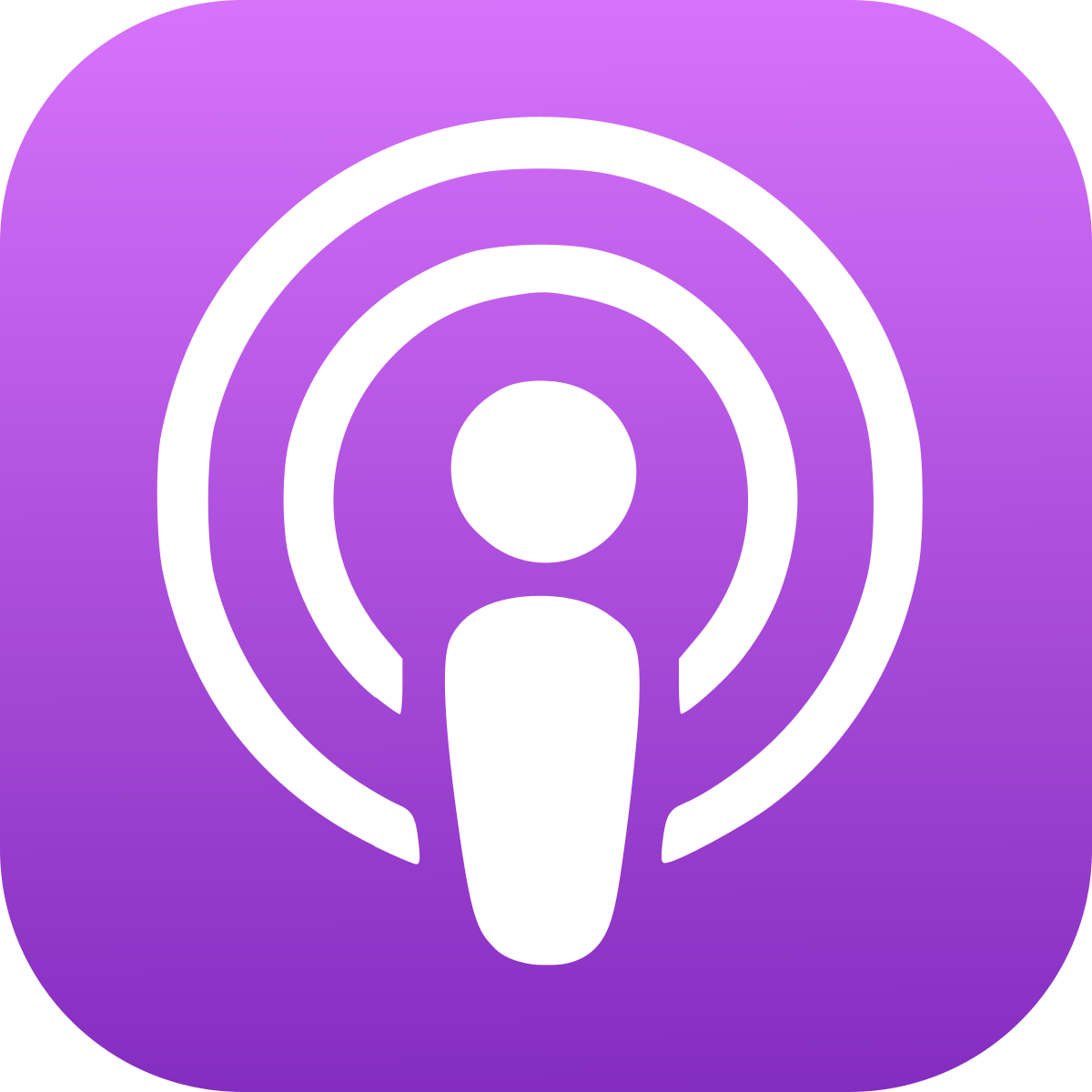 Disney Newbie looking for education on trip planning

lynaco
Read More
I have never been what I would have termed a “Disney Freak”, but now that I have little ones, we have Disney+, and we have a Walt Disney World trip planned, I was looking for a podcast to learn about traveling to Disney and having the best experience. This is one of the best (longer) Disney podcasts out there. The episodes go into depth on different topics; the titles of the episodes are great as far as scrolling back in time to find a particular topic. Husband and wife duo seem like a great team! They don’t go off topic too much... SO MANY DiSNEY PODCASTS GO OFF ON NON-DISNEY TANGENTS!!! *** This one does NOT!!*** Thank you thank you!!

My Fav!

RoadTripRebecca
Read More
I listen to all of the Capture the Magic network Disney podcasts and truly believe they offer the most comprehensive news/reviews/insight out of all other comparable Disney podcasts regarding the Walt Disney Company. I adore Jamie and Jared. I think it took a minute to warm up to the podcast. Which is crazy Bc I LOVE it so much now. I listen to most of major wdw podcasts, and this has become top of the top for me. The longer I’ve followed the hosts on social media and the more involved I am within their Facebook group ( including club 32), the more confident I am saying- these guys are the best. They are accessible and willing to answer questions directly. Plus the live-streams in club 32 is just unparalleled. If you’re looking for a trip planning Disney show, you’ll find everything you need in the CTM podcasts.

Amazing find!

Cvband6
Read More
I found Capture the Magic podcast by chance a year ago when looking for a Disney podcast and have continued going back to it every week. I really enjoy listening to Jamie and Jared share their experiences. It’s great, especially for people with young families, because they share their best tips and tricks. I absolutely love Trip Tales! It brings the Disney Magic into my life every time I listen to it.

Great podcast!

Molly.Hale
Read More
CTM is hands down the best Disney podcast around! I love the variety in all of the shows and all the content that you provide (especially to Club 32)! Been listening since almost the beginning and the content just keeps getting better. CTM is the perfect way to keep the Disney magic alive between trips.

A favorite!

FL-Peach
Read More
This has become my top Disney show. The episodes contain up to date Disney news while also making me laugh. Jamie and Jared have great chemistry together and bring a fun and relaxed vibe to the show.

Best Disney Podcast

memphischik
Read More
If you want honest reviews and up to date information this is the Disney podcast to listen to. They are not the type to just say everything is “Amazing” like some other Disney podcasts. It’s also great to hear about their experiences at Disney with young children. Love them! 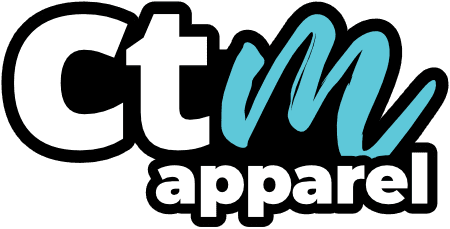 More From The Shop

More From The Shop

“Our mission is to provide premium service and expert advice to help you get the most for your vacation time and dollar. We operate with the highest degree of integrity and will handle your family vacation, reunion, honeymoon, corporate incentive trip or getaway, as if it were our own. We pride ourselves on expertly representing and advocating for you – our client.”

The goal of the Capture the Magic Podcast is to be one of the best Disney podcasts out there today. We deliver some of the best and most up to date Disney news and information about Walt Disney World. The goal of our podcast is to do what the best Disney podcasts do, which is to provide you with the latest Disney World updates and lively discussions that can help you in planning your future vacations.

We discuss all the latest when it comes to the Walt Disney Company and Disney Parks including: Magic Kingdom, Animal Kingdom, Hollywood Studios, Epcot, Disney Springs and periodically Disneyland.

The podcast has been nominated numerous times as one of the best Disney podcasts and having just launched in 2018 it has been growing rapidly since and continues to gain more listeners and subscribers every month. Our goal is to continue to grow our Disney network with great shows that both inform and entertain you, while also bringing you the latest information on planning and getting the most for your trip to the Disney Parks. 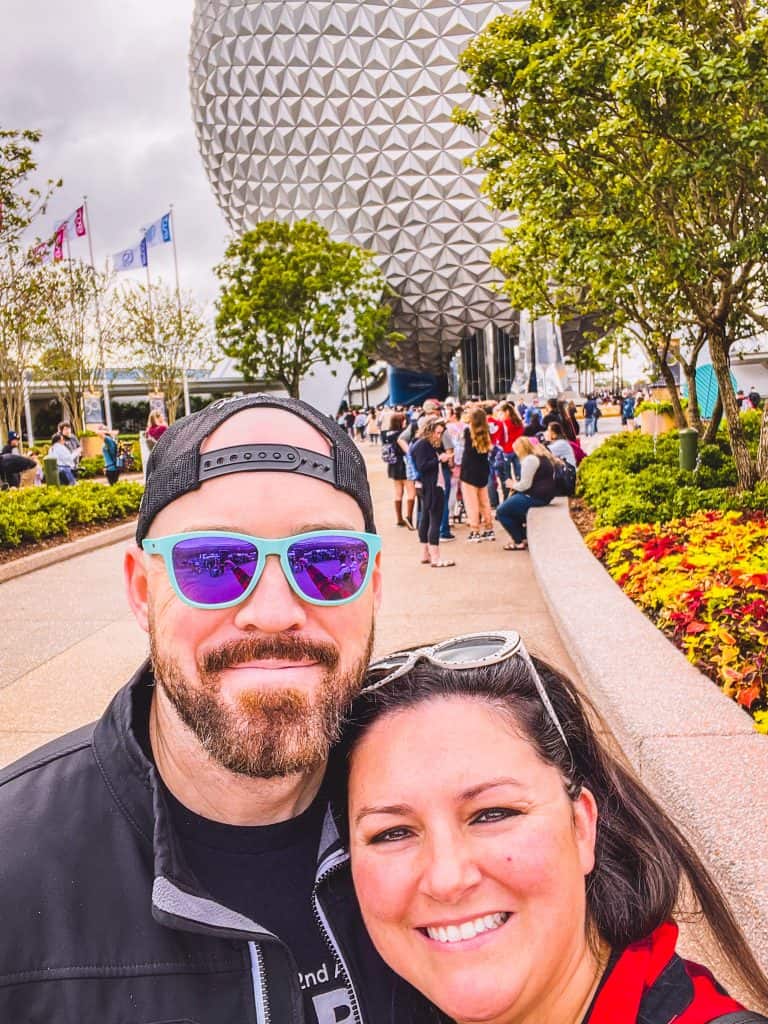 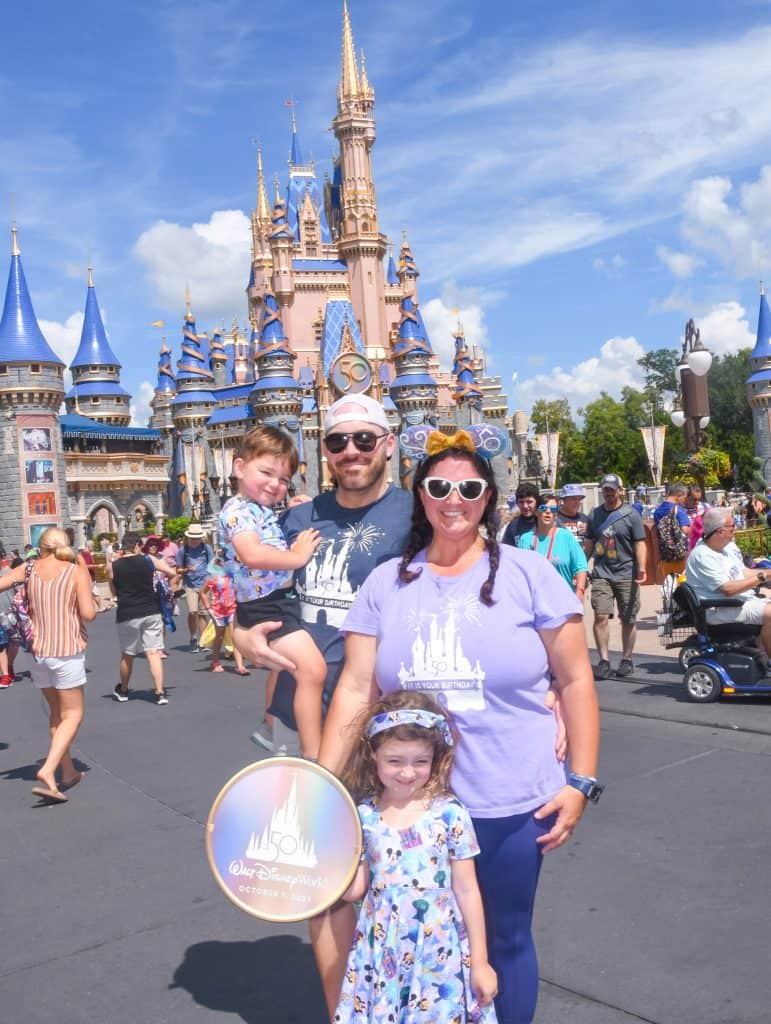 Our Goal? To Create ONe The Best Disney World Podcasts Around

Doing anything new can be quite nerve-wracking and we did not expect much of an audience when we stepped into the realm of Disney podcasts. But we were blown away by how well and quickly it was received! The podcast’s audience has grown with each month, which seems absolutely crazy to us. It’s very flattering to think that listeners of the podcast out there enjoy hearing us talk about Walt Disney World and even want to connect with us.

We feel very fortunate that we can bring any kind of joy, fun and/or information to the Disney theme parks fan community through Disney podcasts and help people plan their Disney World vacations. We are currently producing two podcast episodes per week: a Disney theme parks discussion topical episode on Mondays and a news and rumors episode on Thursdays. We have also launched our all new Disney World Trip Reports podcast called Trip Tales, CTM Universal and Outside The Bubble as new shows on the Capture The Magic Podcast Network.

The podcasts are also posted to YouTube on our Capture the Magic channel along with our vlogs that we have just started producing as well. So you can catch the show on YouTube, iTunes, Stitcher, Spotify, TuneIn Radio and Google Play to name a few.

Each podcast episode is hosted by either Jared or myself, with the other person obviously joining them in that show’s discussions. Most of the topics and news stories on the podcast are about Disney World, with just a slight portion involving other parks, movies, TV shows and/or the Walt Disney Company in general Walt Disney.

We Hope You'll Join Us

We can’t wait for what is to come for the future of our network. We plan to have other people on the show to participate in our conversations to bring more perspectives, even more, and vlogs on our YouTube channel. We are so excited to see what our podcast will become and to continue to grow it into one of the best Disney World podcasts out there today. We are also releasing new shirt designs and have new shows coming out frequently as we are building a podcast network that can be your one stop shop for all your Walt Disney World vacation needs. We hope you’ll join us along for the ride. You can subscribe to the podcast below and you can always reach out to us by shooting us an email to [email protected] 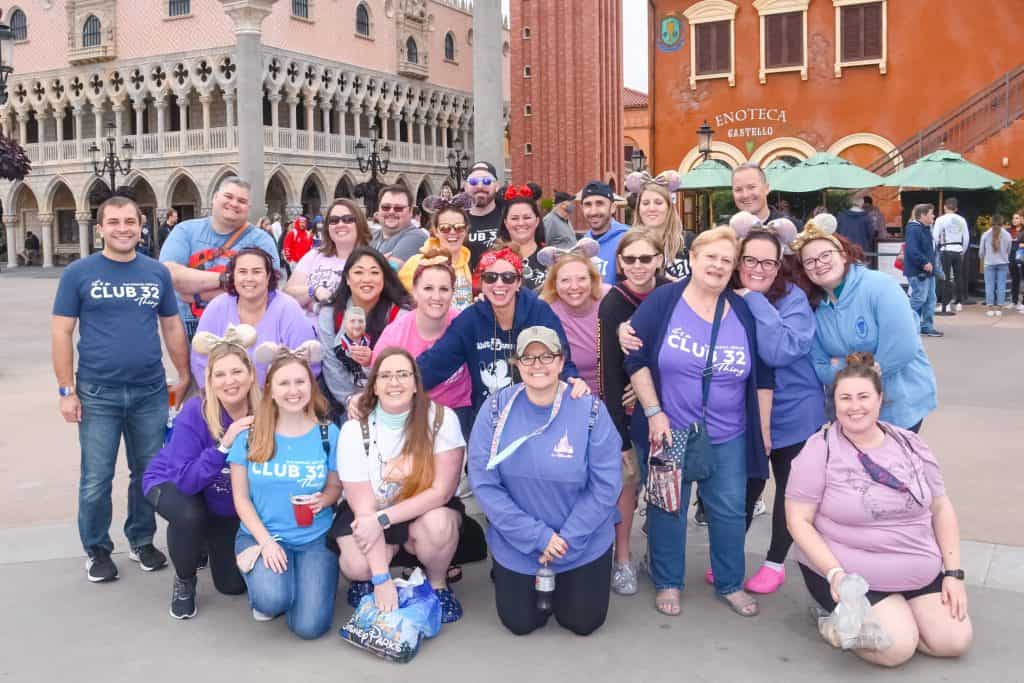 Be part of the best Disney group on the internet 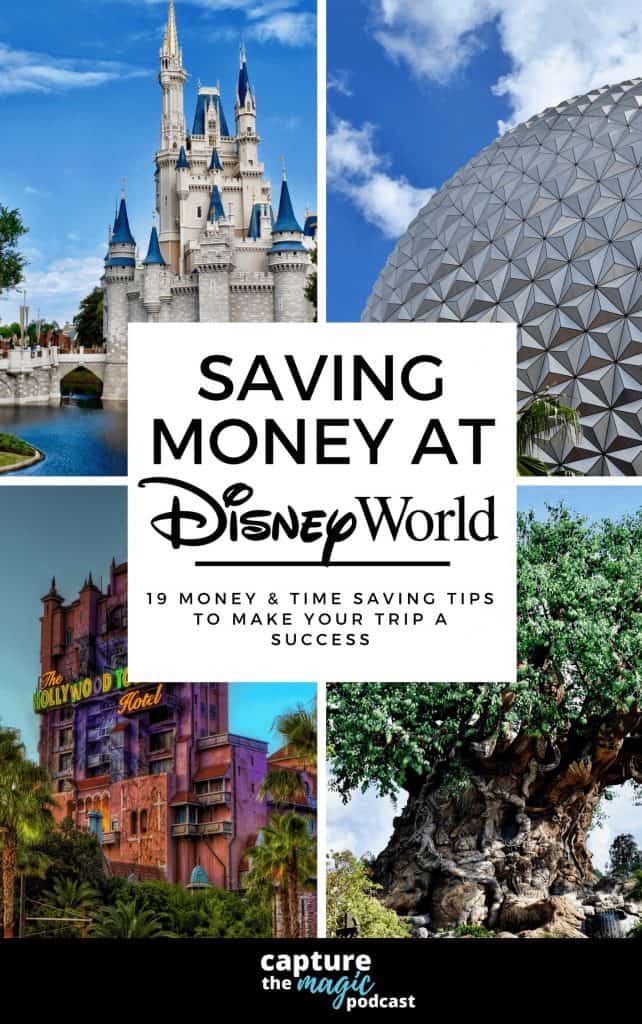 Our Free Gift To You

19 Best Ways To Save Money At Disney is our gift to you just for joining the Capture The Magic Podcast Newsletter. Just enter your info below & we’ll send it directly to your inbox