The 4 Best Fastpasses For Animal Kingdom 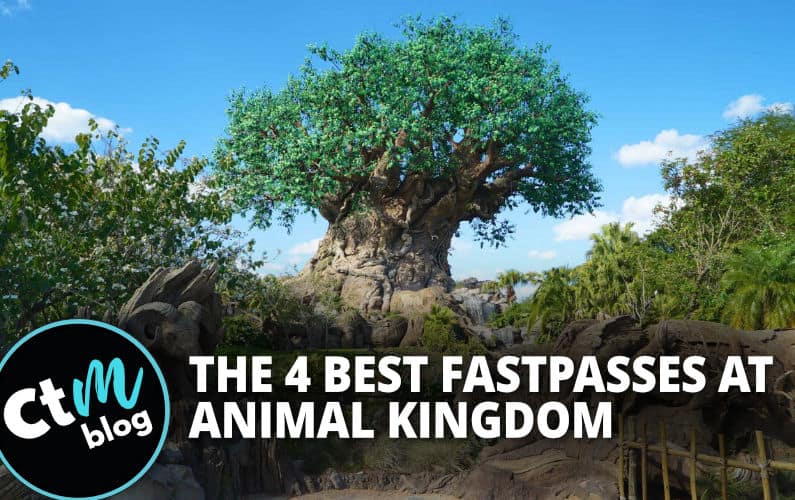 You have decided to spend a day at Disney’s Animal Kingdom and you’re left wondering, what are the best fastpasses for Animal Kingdom? And why wouldn’t you, it is one of the most unique theme parks in the world, and a great place to spend a day. With all of the thrill rides, family rides, shows, and the awesome animals, you can easily tour this park from sunup to sundown. Add in the gorgeous Tree of Life and great shopping at the Island Mercantile, Animal Kingdom has something for everybody.

When you decide to go to Animal Kingdom, it won’t take long before you’re wondering what are the best Fastpasses for Animal Kingdom. Well, the good news is, we will guide you through the FastPass system, provide you the best rides to use a FastPass on, and provide some Pro Tips along the way.

What is a FastPass

If you are new to Disney you may be asking, “What is a FastPass”. A FastPass is essentially your key to skipping the standby line. Now, you may have to wait just a bit once you get into the FastPass queue, but it will save you up to hours waiting for that E-Ticket attraction. When you have a FastPass for an attraction, you will enter a separate queue by tapping your magic band or ticket in a similar fashion to when you entered the park. Once the icon turns green, you are good to proceed. Now some rides will have a second tap point to ensure that guests in the standby line do not hop into the FastPass line without having a astPass for that attraction.

In similar fashion to EPCOT and Hollywood Studios, Animal Kingdom has tiers. What that means is that you choose one FastPass from the top tier (Tier 1) attractions, and your other two from Tier 2 attractions. You cannot choose another Tier 1 FastPass until you use those two Tier 2.

Not to say that these Animal Kingdom attractions are any less awesome, it’s just that Pandora – The World of Avatar is still a new land and the attractions there are extremely popular

Our Picks For The Best Fastpasses For Animal Kingdom

Below you’ll find our top 4 picks for the best Fastpasses for Animal Kingdom plus some bonus picks if you find yourself looking for some more other than what we list here. 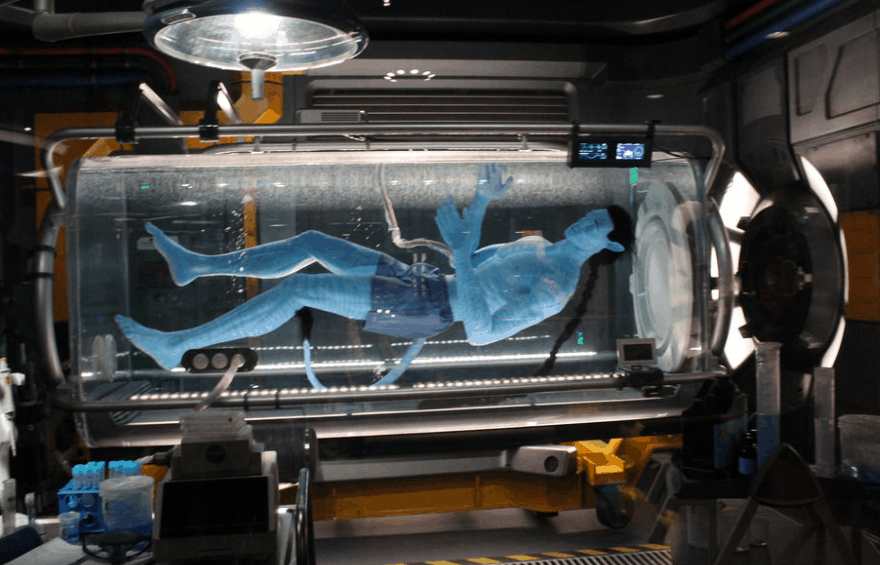 This is easily the most coveted FastPass in Animal Kingdom, and the one that guests make their plans around. When this ride debuted at Animal Kingdom in 2017, it was a technological marvel. And it really still is,. You get that feeling of sitting on the banshee soaring through Pandora, it is truly an incredible experience. With the sights and smells, it transports you to the land of the Nav’i. It also had the wait times to prove it – wait times could get over 4 hours!! Yikes!!

Pro Tip: If you don’t have a FastPass for FoP: Assuming you are either staying off-property, or there are no extra magic hours, plan to arrive at Animal Kingdom about an hour before opening. If the park opens at 9:00am, get in line around 8:00am as soon they start letting everybody in soon thereafter. Once you are let into the park,e follow the crowd and head straight toward Pandora and Flight of Passage.

Animal Kingdom is a park for experiences, not as much so for rides. This is an attraction that leans more towards the former than latter, but is a Disney experience that we never miss as we love the exotic animals. Wait times for this attraction can be very unpredictable as the animals can throw a wrench in things. If an elephant decides to take a nap right in the path of the truck, it’s not like the Cast Members can physically move the elephant. So, the truck and everyone on it is going to have to wait and that can cause the wait times to climb up. Keep that in the back of your mind when making your choices; and we believe that Kilimanjaro Safari is a pretty good use of a FastPass, if not only for that reason.

Pro tip: Ride Kilimanjaro Safari either first thing in the morning or later in the afternoon/early evening. The animals are generally more active during these times as they tend to rest and stay out of the sun when it is at its peak. These are the times when you are most likely to see the lions doing something other than sleeping. It will generally still be them sitting there, but the males really do look like the kings of the jungle that they are!

3) Disney Pals at the Adventure Outpost 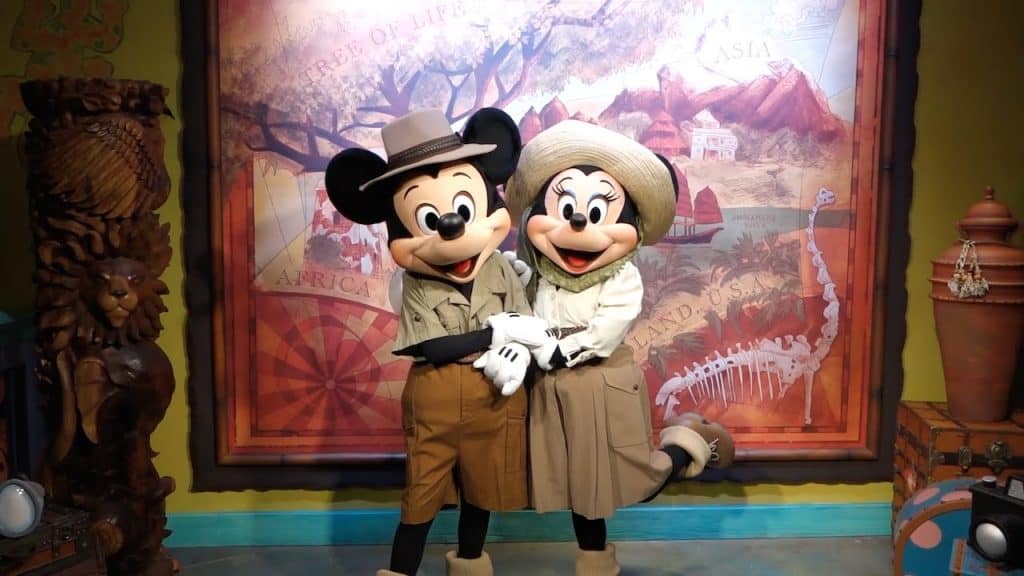 Do you want to meet Mickey and Minnie in their Safari best? Who wouldn’t, right? If you want to meet the main mice at Animal Kingdom, don’t want to wait in a line that can stretch up to an hour long, and have a little one like we do, using a FastPass for this experience is a must. Generally, if character meet and greets are a priority for your family, a FastPass is a good idea if they are available. 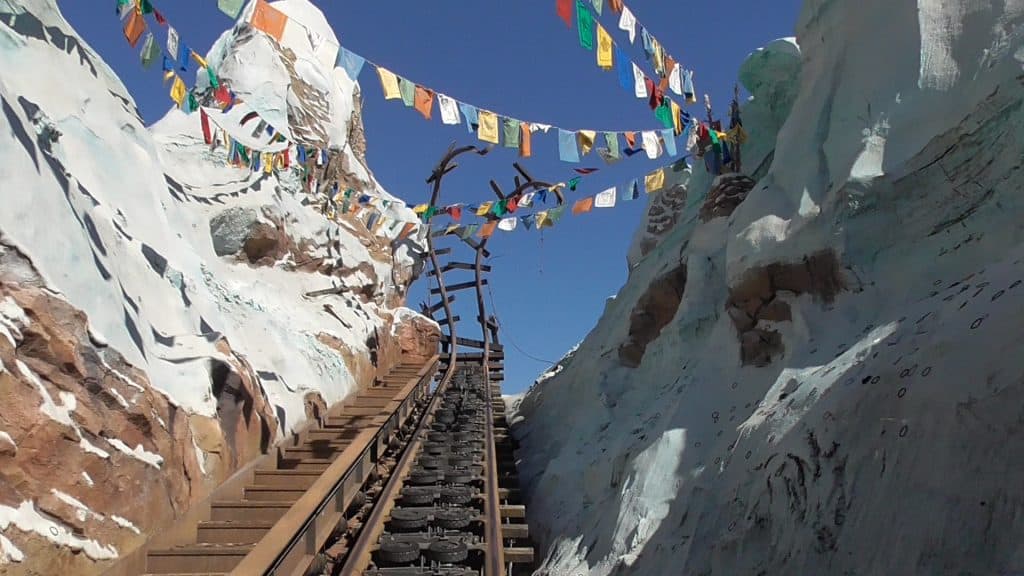 Have you ever dreamed about trekking through the Himalaya’s? Me neither, but traversing Everest on this thrilling train ride makes me want to.

Pro Tip: If you don’t have a FastPass: This ride also has a single rider line (though it is not always open), so if you don’t have a FastPass, you can totally utilize the single rider line as an option. This line moves fast as there always seems to be odd numbered parties riding Everest. After your trek to find the Yeti, head over to see the Finding Nemo: The Musical. It’s a good show, but more importantly during the hot summer months – its air conditioned!

Now, just about every attraction at Animal Kingdom has FastPass, however, for the majority of them, it is just not necessary. For example, you COULD get a FastPass for UP! A Great Bird Adventure, Finding Nemo: The Musical, or Festival of the Lion King. However, the theaters that house these shows are huge and hold a ton of people. We love the shows, especially Festival of the Lion King. But unless it is the busiest of busy days, or you have a FastPass to burn, just walk up 15 minutes before show time and enjoy.

Unless you have an afternoon break built into your day, make your FastPass plans for late morning/early afternoon. Outside of the mad dash to Flight of Passage, none of the other attractions get busy first thing in the morning. Lines tend to build up around 11am and last throughout the day. So, don’t waste a FastPass before then (unless that is the only time you can get one for Flight of Passage). If you plan your FastPass attractions between say 11am – 3pm, that will allow you to get additional Fast Passes. Yes, you can get more, albeit one at a time, and for any ride available – you never know if one will pop up for Flight of Passage.

Now, if you are making it a full day at Animal Kingdom, choose to forego the nighttime show, Rivers of Light, and either you didn’t rope drop or have a FastPass for Flight of Passage, this would be a perfect time for the “get in line at 8:55pm” strategy. Basically, if Animal Kingdom is closing at 9pm and you get in line for Flight of Passage (or any ride) at 8:55pm, you get to ride it. The Cast Members will close off the line to new riders when the park closes (and sometimes a minute before), but if you are in line, they have to let you ride. And without a FastPass line, standby usually moves pretty fast. Plus, the Cast Members want to go home too, so they try to move everyone through quickly.

So, if you go in with a plan and you have your Animal Kingdom Fast Passes situated, you should be able to get a majority of what you want to do in one day. Think about starting in one land and making your way around the park in a circle. This will save you time and energy, especially if it’s a hot day as you won’t waste time zigzagging across the park. 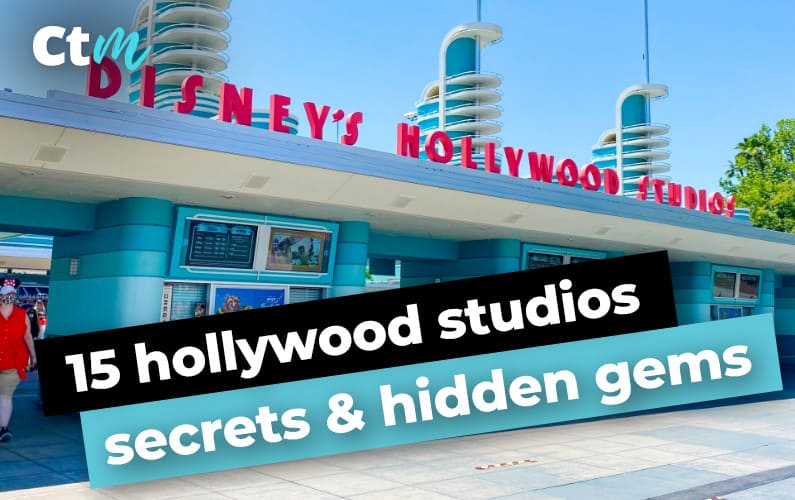